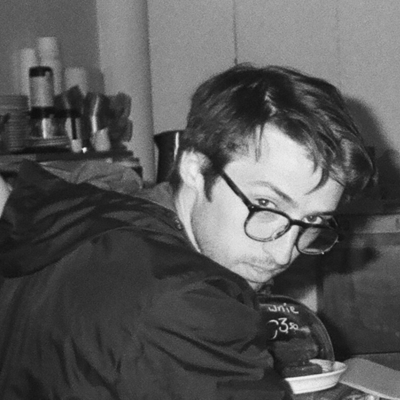 I wrote a thing! https://www.stevegattuso.me/2021/10/31/new-york-dirty-electricity-peaks.html

i've escaped the city into the trees

ok grad school made me write a blog post and I finally just hit submit on the assignment. feast your eyes on this!

Hastily written, but we had a reading in my history/theory of planning class that I think is really applicable to tech and I wanted to get something down before I move onto the next thing:

Gosh, I love this picture.

If you use #GMail, #Google keeps records of everything you buy, even if you delete the email receipt, and even if you didn't buy the product from them. Here's metadata from my takeout showing price, delivery address, description, vendor, etc. #privacy

ooh maybe I should be getting into gemini now that I'm in grad school and don't have time for complex web protocols 😎 https://drewdevault.com/2020/11/01/What-is-Gemini-anyway.html

wow wait I've been looking for something like https://gath.io/ for such a long time... this @darius is kinda my hero right now.

The attached video is a work-in-progress preview and shows compatibility with Mastodon. My hope is to get it working with lots of software, including stuff like Friendica that supports events and calendars.

Check out more at my Patreon: https://www.patreon.com/posts/organizing-on-32729070

While doing some research for a paper I'm writing on Mastodon I ran into this awesome guide from @darius: https://runyourown.social/#beyond-local-and-public:-the-neighborhood

I specifically love the idea of adding neighborhoods in Mastodon. This would be great for those of us on small servers who would like more interesting/trusted content for the "local" timeline, especially since the federated timeline is pretty much useless.

awesome to see mastodon merging an auto-delete feature. I like my social media presence to be ephemeral, but have been procrastinating on building a script to automatically delete old toots. looks like I won't need it! https://github.com/mastodon/mastodon/pull/16529

how am I just now finding this wikipedia article https://en.wikipedia.org/wiki/Car-free_movement

I think I've decided mastodon is an ok place to spend time on the internet. things are small, cozy, wholesome here; at least amongst the people I've followed so far.

keep up the good work, everyone. I feel like I'm on the good 'ol days of the internet again.

on the bright side, each time I make an attempt at bridging some messaging protocol with Matrix I've been populating my Zettelkasten with notes. Maybe one day the collected knowledge over time + various progress on these open source bridges will yield a success.

I'm hoping the adoption of a proper note taking system will allow me to remember the details of my various nonsensical side projects rather than the usual cycle of forgetting what I did and starting from scratch a few months later.

I've been trying to set up various Matrix bridges to achieve the holy grail of one messaging app for all of my chats but boy is it messy.

It's looking increasingly like the easier path is just to tell all of my friends that I no longer have iMessage and to reach me via... idk what's a reasonable messaging protocol that people actually have these days??

I am frustrated with walled gardens today!

I think i've also been more active lately because the mastodon ecosystem/apps seem to have matured quite a bit. tip of the hat to @Gargron for this rad and shiny new iOS app.

I deleted all of my normal social media accounts because I couldn't control myself/would always scroll through the endless feeds. although I've had mastodon for a while I'm just now discovering cool people to follow and find myself once again checking the feeds on a regular basis. I'm trying to determine if that's an good thing or a meh thing, because the community I've found here does seem to be much healthier/nicer/more interesting/less commercial than on normie social media... tbd.

There's an annual release of an "energy flow diagram" showing usage of energy within the US. For 2020, that totaled about 93 quadrillion BTUs (British Thermal Units), which ... is frankly kind of hard to envision.

Let's round that up for the sake of simplicity to 100 quad.

A BTU is the energy it takes to raise 1 pound of water by 1 degree Farenheit (about 1/2 litre by about 1/2 degree C for the Rest Of The World).

So a quadrillion BTUs is the energy it would take to raise the temperature of 1 quadrillion pounds of water by 1 degree F.

Or, say, to boil a somewhat smaller quantity of water.

So if the US decided that its singular national goal was to boil water, how much could it boil?

For each of the 330 million people in the US, there's abut 300 million BTUs. That works out to the energy to boil off 1/20th of an olympic pool's worth of water per person.

urbanism There is nothing here!

cycling There is nothing here!

nyc There is nothing here!

A Mastodon server for Recursers.